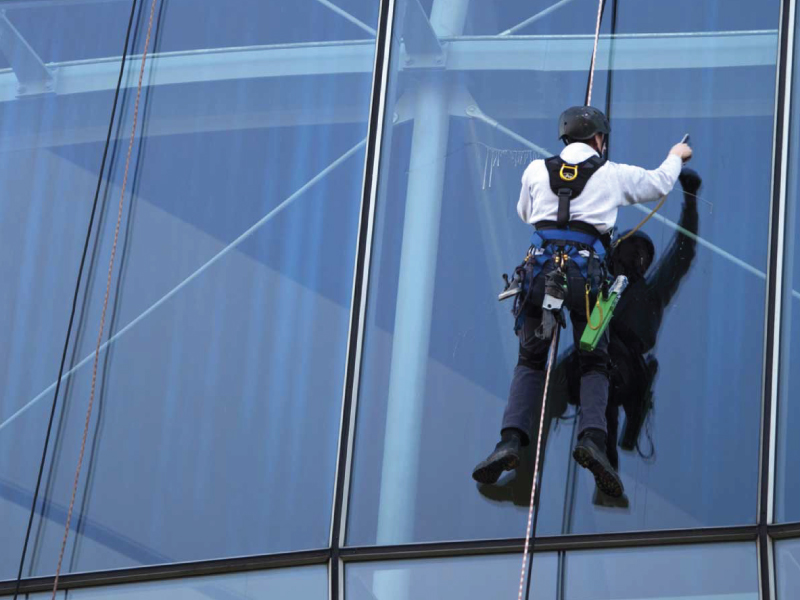 How To Quote Gutter Cleaning

You can start seeing the leaves here are starting to drop. It's a little late this year. They're probably not gonna fall mostly until November, just 'cause this year we've had a lot of rain in the Cincinnati area through this whole year. Usually, our rain stops about July, and so all the trees are dry. But this year, we've had rain every ... Almost every week we've had rain. Maybe there's been two weeks or three, two-week span, that we didn't have rain this year.

What that means is the trees are full, the trees are green. It's starting to get cold, they're already starting to freeze. And so you can start seeing some of the leaves are starting to drop. It's just part of the great Cincinnati weather how this works.

With that being said, please like and subscribe to my channel. I'd appreciate it very much. I'm trying to grow it to 10,000. I'd appreciate that very much. What we need to know. Here are some factors that we use to quote gutter cleaning. One factor is is it a one-story or a two-story? We do do different gutter pricings on them.

The other issue we may factor in is does it have gutter guards? If it has gutter guards, that's gonna take a lot of time. We gotta remove them or we're gonna try to spray underneath of them and make a mess. If they got gutter guards, that's almost an extra 100 bucks. That's just the fact of it. Your hands are gonna be all tore up. You gotta get a drill up there, and then put them all back and make sure that you don't damage them.

But that being said. One-story and two. Again, you have to know your numbers so that you can bid appropriately. I've done $79 gutter cleanings when I first started. I used to be 79 and 129 or 79 and 99. I did do that, and you can make a lot of money at that. Most gutter clean outs don't take very long. There are some that do, but most gutter clean outs, you can go up to the downspout, pull out a bunch of crud that's blocking the downspout. A football, a tennis ball. All that good stuff up there that the kids thrown up there. And now their gutters are clean. Of course, they don't wanna get on a ladder. They're scared to death of the ladder. Guess what? You just made 100 bucks for 10 minutes worth of work. That's good money, I can't be wrong. But you can also get more than that out of them.

Last year, we were at 159 and 199. This year, we're even more than that. During off season, we're getting 229 and 269. If they're bigger houses, more than that. Way more than that. Don't think that people won't pay for gutter clean outs -- they will. You gotta quote it. Now, you can out quote yourself, don't get me wrong. If you can't get leads, that's another problem. You need to make sure you got leads coming in. If you're only getting 10 leads, you're probably gonna be at the 79 and 99, because you gotta have lead flow.

Now, how do you get lead flow? By spending money. Or by putting out flyers, which is spending money, 'cause you're gonna have to either take time or you're gonna have to pay somebody to go out and do that. That's all part of your cost. The part of your cost is your gas to go there, your 40-foot ladder, because you're not gonna only be able to get a 28. Sometimes you gotta have that stupid 40 for that backyard, three-story piece of crap lead trees all over it. Sucky trees. That's part of that.

With that, make sure you're charging enough. You don't know if it's a three-story back there, so you're probably gonna charge the $99 or the little bit more for a two-story, and in reality, it's a three-story in the back. Been there, done that.

Those are some things that you need to do. And then on the other thing of lead flow, how are you getting your leads? Are you sending out mailers? Well, that's all cost that goes into how much you need to charge so you can run a legit business. It's about running a legit business, not running fly of your seat, because you know what happens when you run fly of the seat. Eventually, you miscalculate something really bad over and over, and you go out of business. Or you're working a whole lot of hours and not making no money. If you're gonna work a whole lot of hours and not make no money, go work at McDonald's. At least you're gonna make $15 an hour. You're not gonna be up on a ladder and you're not gonna be getting your hands all cut up and all that kinda stuff. Make it worth your time to go out and make money.

I have a tool in this video right here -- I'll put it at the end -- that makes gutter cleaning easy. It's a great video. Make sure you watch it. Also, I'm gonna put a link down here for something else for wintertime that we do, and that's Christmas lights. I started a whole 'nother channel, so I'll send you over to that playlist of that channel. Go over there and watch those videos. Thank you and have a great day.

So that's gonna go to the right to my system and that's the basics of a root pulp.

Now, there is one other thing we can do here. I'm here, and that is Go from My pressure line here from our press on in here, and it's gonna go to a thing called accumulator is, I'll put a picture in it on the video, what accumulator is and what that does is evil, the pressure to build up in there, and it keeps this pump from running so much. We don't use it, but we probably should. I have used it in the past, I just decided that I I don't know, I just didn't do 'em. There are about 100 bucks, and it's one of those things that I probably should be using it, but I don't... With that being said, these pumps here I know people say, "Well why don't you just go to error, why don't you go to booster these come for 200 at the this pumps right here, these tools in a going on cheaper, you can... Don't have to pay a dollar for it, it but I can get a whole lot of these pumps for the same price of the bigger pumps.

So like I said, I... We just got half an is here and then Alan here and, like I said, you can actually take a bill as a flex grill, a garden house and stick on here too, and make a fitting that will actually just pop in here and that with your darkest I hope that helps you out.

I'll do a diagram too, if that might help you out, I'll put it in that I'll have it in my video here. We're all having on the website down below.

Actually that's probably where I'll put it. Is the website down below it'll be pressure. Washington training probably roof claim, and that's where I'll have both how or a roof pump and how to build a roof pump and I'll just put it all on one page, in that way, it'll make it easier that way, but if you have any questions less, I hope you all have a great day. And like I say, I'm here to help you grow and to make your business better and successful if you need any marketing, help.

Check me out. Or signed anything like that? Hope you have a great day, thanks.

Ask Jason! What Do You Need Help With Today?

How much does it cost to power wash a house and how often should I do it?

How To Quote Roof Cleaning

How A Down Stream Injector Works

How To Quote Gutter Cleaning

Roof Cleaning Setup | How To Set Up A Roof Pump

Want to start and grow a successful pressure washing business? 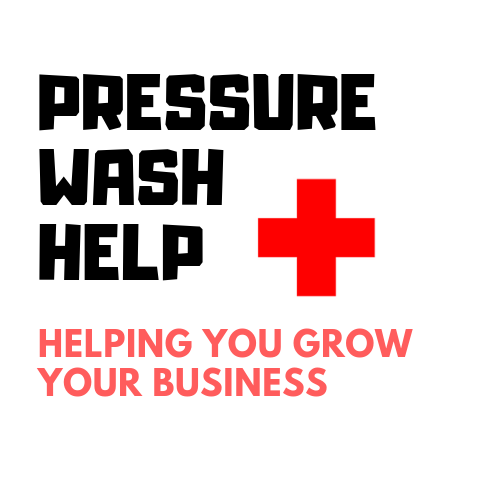